The History of Manitouwadge

Manitouwadj, an Ojibway word meaning “Cave of the Great Spirit”, is testament to the early inhabitants of the area. Although no written records exist, the nomadic Ojibway Indians have left a distinct impression on the culture of Manitouwadge. Through their tradition of oral communication have come two legends that weave the story of our development. 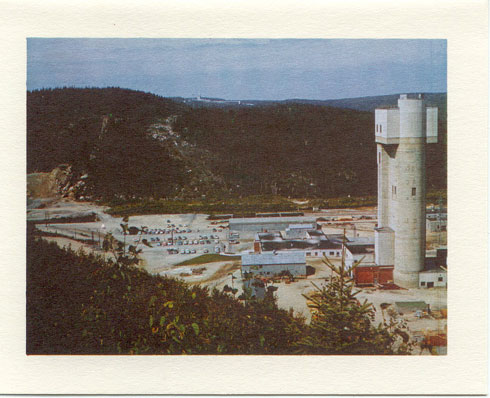 The spelling of Manitouwadj was changed to Manitouwadge, when chartered maps and geological reports of the area were done. Three prospectors Roy Barker, Bill Dawd, and Jack Forster were instrumental in the development of Manitouwadge as a mining community. They were depicted in the town logo, at the site of the gossans, where mining operations would begin a few years later. Their partnership sealed by a handshake, represented hope and optimism for the future town site.

Today, Manitouwadge continues to be a friendly community, where dedicated individuals carry on the efforts of the early pioneers and where a handshake seals friendships. Just as it did for three prospectors by a remote lake in Northern Ontario nearly fifty years ago.